Tire Sizing: A Puncture in the Fabric of Reality

So you purchased a new tire and got it home only to find that it doesn’t fit on your rim. In fact, the rim is way too small. The old tire definitely said “26” on the sidewall, right? Did you mistakenly tear a hole in space-time and pass through to a dimension where inches are a different length? Has America finally gone metric? Bewildered, you take the bike and new tire to your local bike shop, where you are told it is the “wrong 26-inch tire.”

Bicycles and their tires have evolved over many years to reach their current form. Every region of the world had its own standards at some point in time. The International Standards Organization (ISO) wasn’t formed until 1947. By then, the safety bicycle, the bike with two wheels of the exact same size, had already been around for over 70 years.

Weirdly something that the world’s many bike manufacturers seem to agree on from the beginning was that the tire’s diameter is measured from tread to tread. Imagine two different bikes with 26-inch wheels: one has very skinny tires, the other has fatter, balloon-like tires. If both tires have an outer diameter of 26 inches, then the rim diameter on the balloon-tire bike would have to be smaller. That is why there is more than one 26, and they are not always interchangeable.

A good rule to remember is this: if the tire size is expressed in decimal, it is not interchangeable with a tire size expressed in fractions (26 x 1.75 is not equal to 26 x 1 ¾). This is also known as Brown’s Law, and you can find it and a useful set of wheel sizes tables for comparison here. 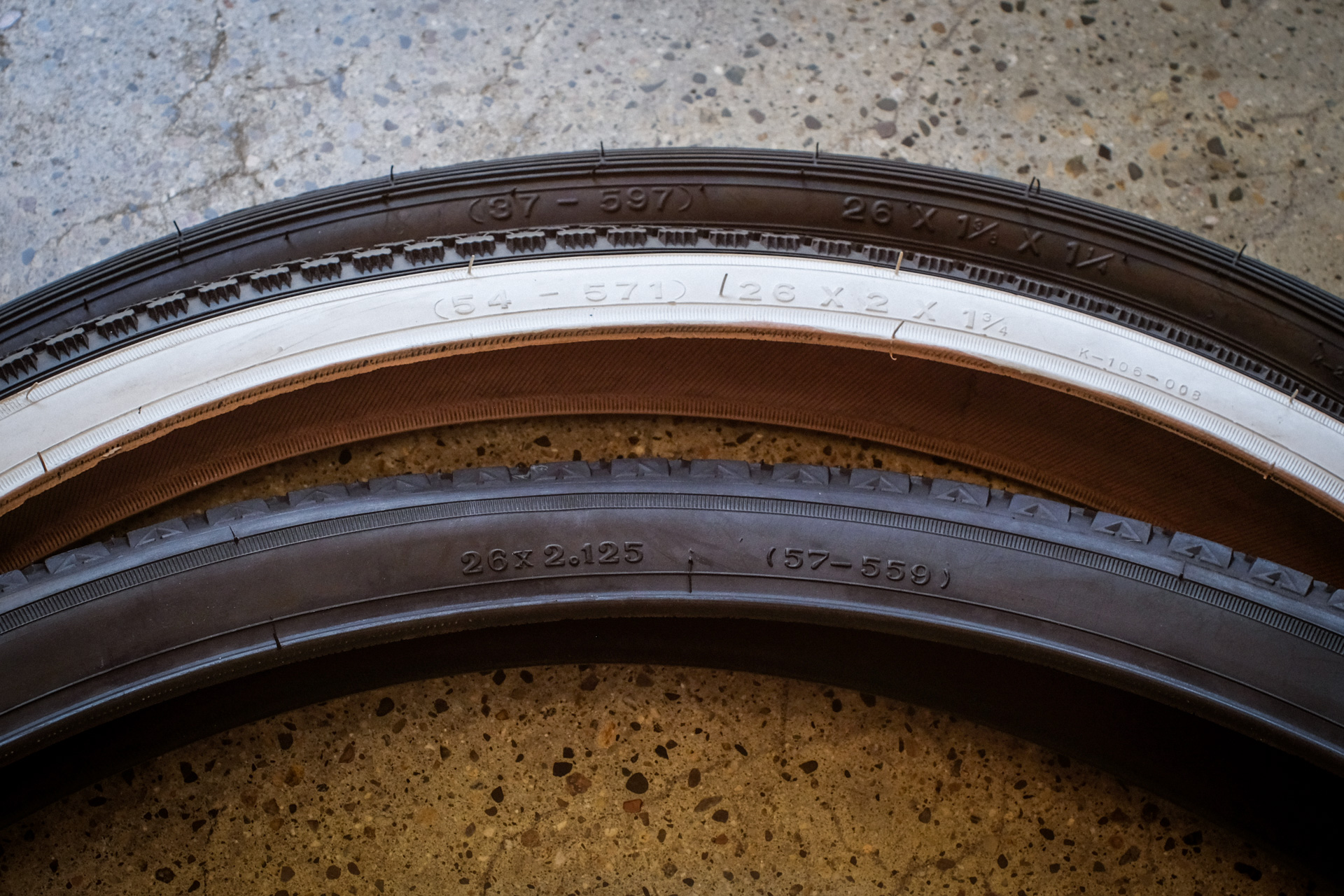 Enter the rim diameter. The ISO developed a rim and tire-sizing system called ETRTO, later changed to bead seat diameter (BSD). This is the measurement in millimeters that refers to the diameter at the bead seats of the rim. The tire bead seat sits just below the edge of the rim, and it is the part that grabs the tire, so it doesn’t blow off when inflated. The ISO rim and tire notation defines the width and diameter of the tire. For example, 45-622 is a 700c tire that is 45 millimeters wide, fully inflated. A cruiser tire would most likely be designated 47-559, or 26 x 2.125. A fractional middleweight tire would be a 54-571 or 26 x 1 ¾. Most tires these days have the marketing size and the two-number BSD size printed on or molded into the sidewall.

Marketing alone is responsible for the fact that 700c, 29-inch, and 28-inch all refer to tires with the same BSD, in this case, 622mm. A tire that is called “29-inch” means that the mountain bike industry wanted to differentiate themselves from road bikes by calling super-wide, 700c knobby tires by a different name (they also did this with 650b, calling it “27.5-inch”… it’s actually not even close, there’s a really good article about that if you are interested). A road tire that is called a “28-inch” means that companies, like Schwalbe, which is based in Germany, still label their tires according to the older regional standard that their marketing division still, for whatever reason, won’t let go of. But it is interchangeable with a 700c tire. All three of these tire sizes, when measured from the bead seats, are 622 millimeters in diameter. 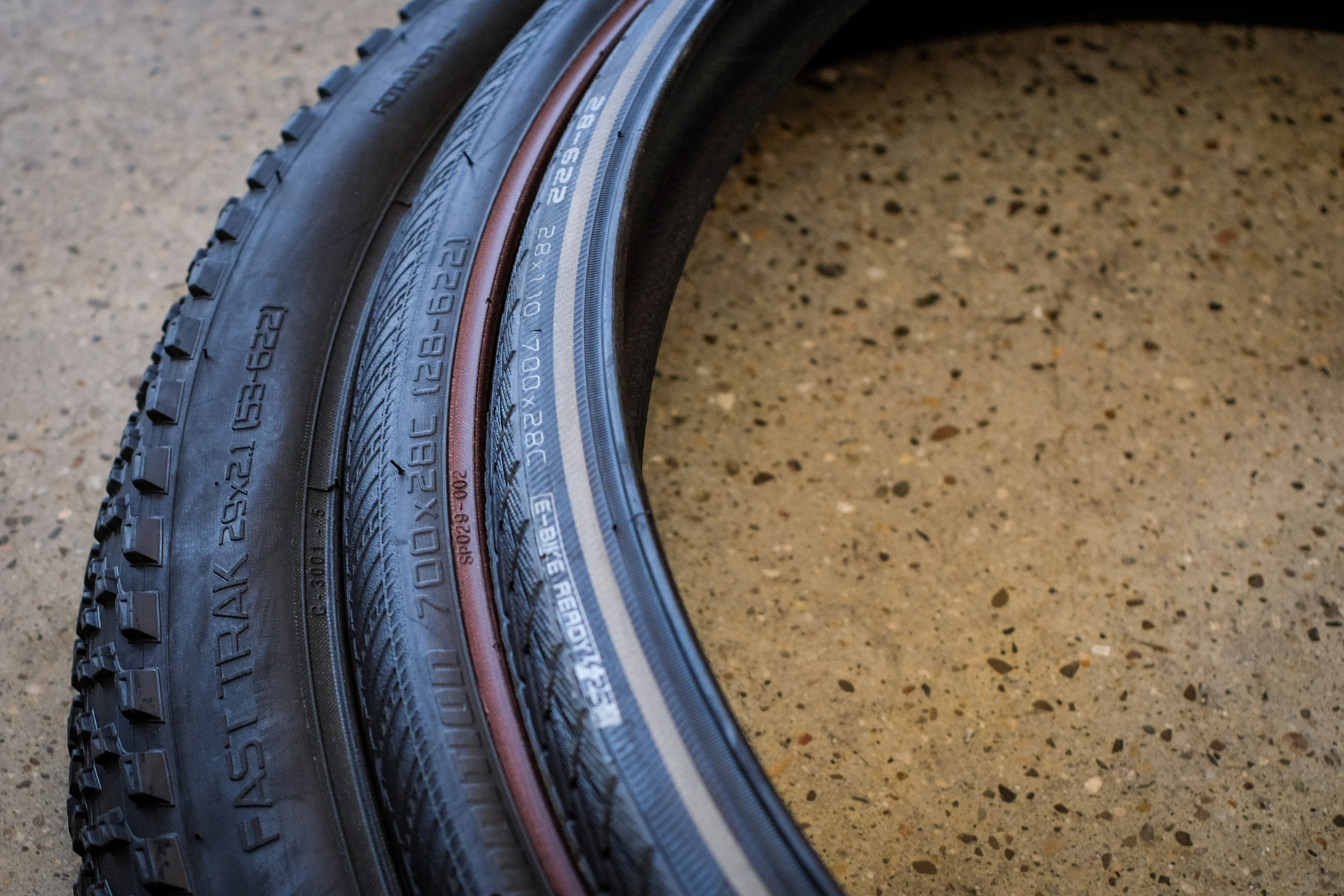 Cycling is now a part of the global economy. Manufacturing is no longer localized to each region. To make bikes easier to buy and maintain, every bike company needs to produce a bike with wheels that can take replacement tires in whatever country they ship them to. In parity with the manufacturers, consumer demand affects this part of the cycling economy with the expectation of availability of the right size tire.

Modern bicycles do not suffer from this problem. However, many cyclists still ride older bikes. Older bikes are handed down to family members, purchased at yard sales, and even coveted by pickers and restorers. From the standpoint of a shop that does bike repair, there are just as many older bikes as newer ones on the road. Older bikes, like newer ones, need replacement tires. So before you convince yourself that you have been transported to another dimension, bring your bike to your local bike shop.